How To Know If a Loved One Has Assets You Are Not Aware Of? 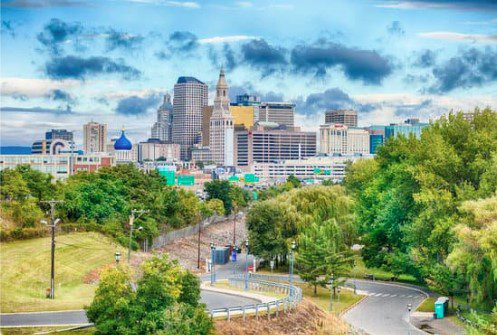 History Lesson: How Did Connecticut Become The Constitution State

The U.S. Constitution has been in the news a lot lately with two recent U. S. Supreme Court cases discussing the Second and Fourteenth Amendments. At the very same, the U. S. Congress was voting on legislation related to one of the cases.

Smaller states with fewer residents were reluctant to agree to the latter for fear that the larger states would be able to control the laws of the nation. Larger states wanted to ensure that the people were properly represented. The Connecticut Compromise combined both plans and it was agreed upon by a majority vote on July 16, 1787.

Fun Fact: This is why Connecticut is called the Constitution State.

Another fact that many people do not know is that Connecticut’s capital, Hartford, is known as the insurance capital of the world. If you live here in Connecticut, I bet you have a handful of friends or family who work for an insurance company.

It all started back in the early 1800s when merchants started to become worried about the risk of fire to their warehouses. They formed the Hartford Fire Insurance Company, which went on to insure such catastrophes as the Chicago Fire of 1871 and the 1906 San Francisco earthquake.

I recently received a letter from my life insurance company that stated that Connecticut law requires them to notify me annually that I have a right to designate a third party to receive copies of my insurance premium notices, reminder notices, and any cancellation or lapse notices.

Why Is Insurance Important for Estate Planning?

This is an extremely important task for estate planning purposes for two different reasons. First, in our practice, we often help families of loved ones who have dementia. When someone becomes to decline cognitively, bills get lost, thrown away, and unpaid.

If the person had been paying for life insurance for decades, sometimes relying on that death benefit to help their family pay for funeral and burial or provide funds for their children, and then they forget to make a payment, that policy can be canceled and no death benefits will be paid.

Designating a third party to receive written notices from the insurance company can avoid this devastating result.

Second, after someone dies, even if the policy has been maintained, the beneficiaries do not necessarily know about it. If you designate a third party to receive communication from the life insurance policy during your lifetime, then that person will likely also remember that this policy exists after you die and be able to make a claim to receive the proceeds due.

What does Connecticut have for those policies that people did not know or forgot about? That would be the Connecticut Big LIst.

The Big List is the list of assets that have been escheated to the state because the account was dormant for a certain number of years. Everyone is free to look a name up on the list at https://ctbiglist.com. If you find your name, you can make a claim fairly easily to the State Treasurer’s office to obtain the assets.

If you find the name of a deceased relative, however, then you will be required to show proof of your authority to act on that person’s estate, which means getting appointed by the Probate Court as executor or administrator (if you hadn’t already).

If you had been appointed in the past, you can re-open the probate with the Probate Court and submit the claim. We are often called to help people open a probate matter in Court to be able to obtain the authority to claim an asset on the Big List.

Unfortunately, the list only tells you if the assets are worth more or less than $100 so it is nearly impossible to tell if the cost of the process is worth the result.

For now, so long from my favorite state that I am proud to call home—Connecticut—one of the small states that grew up to become one of the most densely populated and wealthiest states in the nation.