False Facts Friday – “My Will Dictates How ALL of My Assets Get Distributed When I Die.”

Does Your Will Determine Who Inherits Your Assets When You Die?

Last month I discussed how clients are often unpleasantly surprised to learn that having a Last Will and Testament does not negate the need for probate. Many people also incorrectly believe that the Will is KING. They think that the terms of the Will cover the distribution of ALL of their assets. This is not true – The Will is actually the last stop in determining who inherits your assets when you pass away.

I often describe it as a funnel, but it’s more like this ball maze toy. All of the assets that a decedent had any interest in are the balls that are dropped into the maze. Depending on how they are titled or structured, each ball will funnel through a different tube. 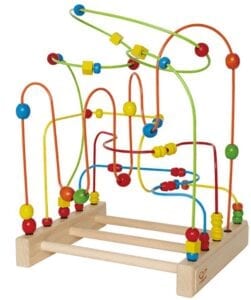 First, there are the assets that the decedent owned jointly with another person.

This is often the case with married couples. They own their real property jointly with rights of survivorship. They hold their checking and savings accounts jointly. These assets fall through the first hole in the tube and slide over to the surviving joint owner’s name immediately. Other than real estate, there is nothing that has to be done for the surviving joint owner to take title to the assets and treat them as his or her own.

With regard to real estate, while that also passes automatically by operation of law to the surviving joint owner, it is necessary in Connecticut to obtain a Certificate Releasing Estate Tax Liens to effectively clear the title into the survivor’s name alone.

(See False Facts Friday, Volume 1, Issue 3 “My dearly-departed spouse and I owned everything jointly so there is no need for me to file any papers with the Probate Court.”)

This type of titling is also often used when someone is a single individual and they want their adult child or family member to help them with bill paying. Banks often encourage people to add that helper as a joint owner. This is not always consistent with the person’s estate planning wishes because when the account owner dies, the joint owner now becomes the full owner and the account does not go into the Will of the decedent.

Second, any assets that do not have a joint owner, but have a beneficiary named, funnel into the small green slide and to the beneficiary.

This is a distribution based on a contract that you sign with the financial institution to transfer the asset to the named beneficiary upon your passing. Most commonly, beneficiary designations are used with retirement accounts, such as IRA’s, 401(k)’s, 403(b)’s and annuities, and with life insurance policies.

They can also be named on investment accounts and some traditional bank accounts. You cannot name a beneficiary of real estate in Connecticut, a beneficiary designation is also sometimes known as TOD (“Transfer on Death”), POD (“Pay on Death”), or ITF (“In Trust For”). This distribution requires action on the named beneficiary’s part to contact the financial institution and is passed completely outside of the Will and probate. The financial institution is bound by the contract that the decedent signed stating that the asset shall be distributed to the named beneficiary…no matter who that person is (i.e., an ex-spouse) or if you subsequently removed that person from your Will. It is very important to review your beneficiary designations regularly. 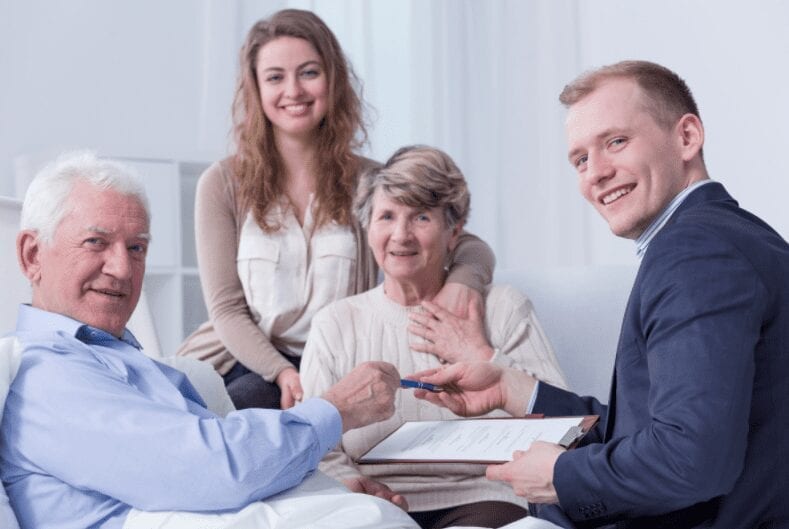 Finally, any remaining assets that have not already been distributed, like the individually-owned assets with no beneficiary designation.

Those assets funnel through the short orange circular slide, travel over the curvy yellow and blue slides into the green cup that is the Will. The terms of the Will dictate the distribution of only those assets that end up in this last funnel.

It is important to have an understanding of exactly what assets will flow down to the Will so that you can make sure the distributions in your Will can be funded. For example, if you want to leave each of your grandchildren $5,000, but you put TOD (“Transfer on Death”)  on all of your investment accounts, there may not be enough to fund the gifts to the grandchildren. Additionally, if you own real estate, it is generally not a good idea to force all of your liquid assets to pass outside of your Will because then your executor will be left with a piece of real estate to manage and no funds to handle the expenses.

Understanding how all of your assets will funnel through the system is paramount to ensure your wishes are honored. This is why we never recommend using a form Will because the analysis of how assets will pass is complicated and cannot be obtained from a form. Hopefully, the ball maze analogy provides you with a good and colorful understanding of why the Will is NOT King. Even so, a Will is important because it serves as your voice in instructing how the assets that do funnel to it should be distributed.

If you found this article helpful or informative, we would love for you to share it with your friends and family using the links below.