Given the recent unrest regarding the possible overturning of one of the most important laws in Women’s health, it’s important to look deeper into how Constitutional law may affect not only women’s rights over their bodies, but other cornerstone laws as well, and in return Estate Planning at its core.

One of my favorite classes in law school was Constitutional Law. I was taught by the amazing Professor Pnina Lahav, now Professor Emeritus at Boston University School of Law. She was definitely one of the reasons I loved the course so much, but it was also the subject matter.

To take one historic document and its amendments and determine the laws of the land was so powerful. I found the analysis incredibly interesting, reading how justices interpret the words of the document centuries later to authorize or deny what parties viewed as their rights. 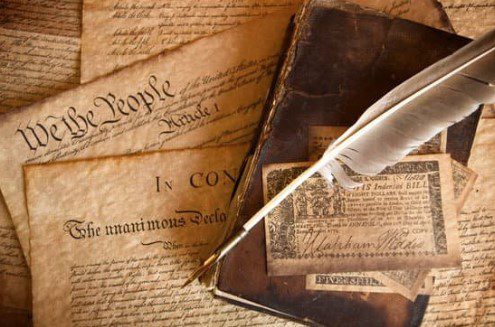 Both Dobbs and Roe are cases based on the U.S. Constitution. The legal arguments stem from rights afforded under the Due Process Clause of the 14th Amendment.

The Roe Court opined that the Due Process Clause provided a “fundamental right to privacy” that gives a pregnant woman the liberty to choose whether to have an abortion or not.

In the leaked draft, the 5-4 majority opinion written by Justice Alito overturns Roe, stating that the Constitution makes no reference to abortion.

Justice Alito goes on to state that while the Due Process Clause guarantees rights not specifically mentioned in the Constitution, it does so only if such right is “deeply rooted in this Nation’s history and tradition”, (citing Washington v. Glucksberg, which is a 1997 U.S. Supreme Court case regarding the right to physician-assisted suicide—that’s a topic for another article, for sure).

Justice Alito’s analysis of what is “deeply rooted in our Nation’s history” is one of the reasons Constitutional Law is so fascinating… and frustrating.

Because there are two schools of thought: People who believe we should limit the interpretation and, therefore, the rights of our citizens, based on the ideals and circumstances in effect when the document and its amendments were written and those who believe the Constitution is a living document that should be adapted to changes in our world and society.  Both sides become equally frustrated with the other.

In the Dobbs case, while Justice Alito takes us through the history of abortion laws, his focus is on what the law was in the 1800’s and prior.

His analysis, interpretation, and the ultimate decision are based on the Constitution being set in time when it was written, not as a living document that adapts with the changes in society (for example, the change that decades later gave women the right to a vote, which could effectively change the outcome of many of the laws in place when the Constitution was drafted…but I digress).

While I’m sure most readers can surmise my viewpoint on this type of analysis regarding Roe, this article is not meant to start a pro-life v. pro-choice argument.

The point of this article is to explain how this decision and Justice Alito’s analysis of the Constitution are concerning for other rights that have been more recently protected under the 14th Amendment, namely the right to same-sex marriage.

How Does the Overturning of Roe and Dobbs Affect Same-Sex Marriage and Estate Planning?

This mention was made, along with Loving v. Virginia (the 1967 case legalizing the right to marry a person of a different color), Griswold v. Connecticut (1965 case legalizing the right to use contraception), among several other cases that have expanded the Constitutional rights for changing social times, to compare why Roe and Dobbs are different.

However, the legal analysis of the case puts all of these cases in question because he reviews whether Roe should be upheld based on the laws at the time the 14th Amendment was ratified….in 1868. In 1868, all of the above “rights” were illegal as well.

Members and allies of the LGBTQ+ community are rightly concerned, especially since the case that provided everyone in the nation the right to marry the person of his, her or their choosing, regardless of gender, was decided less than seven years ago.

So how does this relate to estate planning? Besides the obvious and overarching concerns of being able to choose who to marry, the institution of marriage affords the spouses certain benefits.

Marriage provides the spouse with the status of heir when the first of the couple dies. Each state has its own laws of intestacy. These laws provide a hierarchy of who will inherit the deceased person’s estate if there is no Will to provide otherwise.

There are also employee-sponsored benefits programs that provide benefits to spouses. Some employers offer group health insurance plans that can extend to the spouses of their employees.

Additionally, companies that provide monthly pensions as part of a retirement plan allow the employee to choose survivor benefits for a spouse. And social security benefits are provided to spouses but not to partners.

Finally, the decision-making authority regarding the final funeral and burial of a deceased person is given to the spouse, if there is one.

Many readers may already know the story of how I got started in estate planning—volunteering for the AIDS Legal Referral Service in San Francisco by preparing Wills for hospitalized people who were dying so that their partners, who they were not legally able to marry in the late ’90s, would be able to inherit their estate rather than the families who had often disowned them.

I truly hope that the Dobbs decision is not an indication that we are moving back to a time where couples are unable to marry who they want if they want to marry and lose the benefits that the institution of marriage affords them.