Let’s talk about the power of attorney form and what it means in Connecticut!  When it comes to legal matters, every state has its own rules and regulations and even names for the same documents.

They may even have the same name but mean something else, depending on which state you are in. So it is very important to follow the guidelines of your particular state. 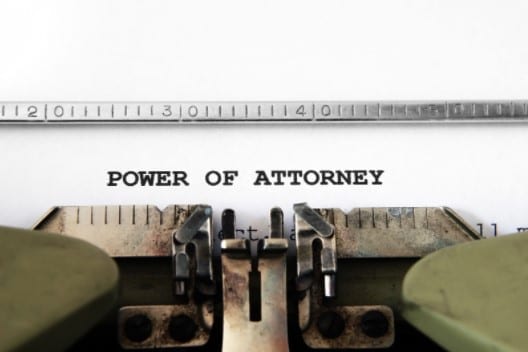 What Is Power of Attorney?

Power of attorney is the legal authority where you (the principal) give another person (the agent), the authority to act on your behalf as if you were the one making the decisions. Anything you can do, they can do, just as good as you.

Durable means that the power of attorney designation remains in effect even after you have become incapacitated. Luckily, all power of attorney documents that have been executed in Connecticut since 2016, are already durable. Unless stated otherwise of course.

Your durable power of attorney is in effect as soon it is signed by all parties, including two witnesses, and is notarized by a commissioner of the state.

Unless otherwise stated, a power of attorney takes effect as soon as it is signed by the principal and two witnesses, and is notarized by a commissioner of the state.

Unlike the durable power of attorney, this document only springs into action once a specific triggering event happens, such as your incapacitation. and unfortunately determining incapacitation can sometimes be difficult.

Such actions may take longer than expected and could delay important actions by your designated power of attorney. And if you are in fact incapacitated, there are certain things that need to be dealt with right away.

Technically acts the same as a regular power of attorney but is only effective during a certain time period or is triggered by an event, and ends when the event ends.

What Happens To Power of Attorney After Death?

Their next step would be to file a petition with the probate court, in order to become the executor of your estate. In Connecticut, the probate court has sole jurisdiction over the appointment of an executor.

Once the probate court appoints the executor, he or she can gain control of the finances and begin to cover any pending debts and expenses (such as funeral costs).

If you change your mind about who you have appointed as your power of attorney, there are several ways to revoke it. First of all, if you’ve simply created the document but haven’t given it to anyone, you can shred it, and no one will ever know.

Connecticut law does state that you are allowed to have multiple power of attorney agents, so simply creating a new designation, does not cancel out the old one.

The short form POA is just that – a short form. It’s very basic and includes a designation of the Power of attorney over certain financial matters, such as real property, banks, retirement accounts, etc. but in very broad terms and without a detailed description of what kind of power you are actually handing over.

It also can include a designation of a conservator. If you ever come to the point where you need to be conserved, the probate court will consider whoever you named in your POA first, before considering any other options.

Essentially this is the long and detailed version of a Power of Attorney. And we all know that when it comes to legal matters, details are very important.

This POA document will have everything the short form POA has, but in greater detail, and listing additional powers based on your specific needs. For example, powers over digital assets are not automatically covered in the short form power of attorney, they have to be added manually.

Every household is unique and requires different permissions, so it’s always best to go over every detail with an attorney. Especially since you are handing over the financial power of your estate to someone else. 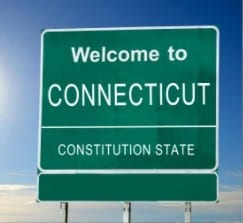 Can a Power of Attorney Created In Another State, Be Used In Connecticut?

Technically, if your power of attorney document created in another state was properly witnessed and notarized, it will be recognized in Connecticut. However, as stated above, every state has its own power of attorney rules.

Connecticut law that went into effect in 2016 provides helpful terms that may not be included in another state’s form.

In some states, a Power of Attorney is not “durable” unless it is specifically stated within the document in certain terms. While in Connecticut, all power of attorney created are durable.

Since the law may be different in other states, even if the document lists the same or similar powers, they may have a different meaning when used in Connecticut.

The same caution should be taken when you move to a different state with a power of attorney document from Connecticut. You should always consult a local attorney to see whether your Power of Attorney will be effective the way you intended.

Do You Need To Update Your Power of Attorney If Nothing Has Changed?

It is important to review your power of attorney documents every 3-5 years, even if you have not had any major life changes that require an immediate update to the POA. You may not remember exactly what the document states, so it would be wise to make sure that you still agree with all of your prior decisions.

Additionally, as mentioned, Connecticut law changed in 2016. if you signed your power of attorney prior to October 1st, 2016, you should have it reviewed and execute a new one. To take advantage of the benefits of the new law.

Our firm offers a free 3-year review for our estate planning clients, in order to keep them up to date and fresh in your mind.

Where should You Keep Your Power of Attorney Documents?

It is important to keep the original power of attorney safe and accessible to your agent when it is needed. Most financial institutions will not accept a copy.

You should never give away the original, except in cases where the agent has to sign documents related to land records. In that case, the original must be turned over to the town clerk to be recorded. Writing your name and address in the top left corner ensures that the original will be returned to you after it has been recorded.