False Facts Friday – Who Will Inherit My Estate When My Primary Beneficiary Dies?

“My Contingent Beneficiaries Will Inherit My Estate When My Primary Beneficiary Dies.” 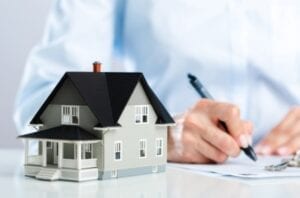 Last week I had the pleasure of meeting with an unmarried couple who were both in their late 50’s. I’ll call them Jerry and Elaine. They each had children from previous relationships and lived together in Elaine’s home. This is a very common scenario. They had purchased form Wills from Staples and attempted to complete them by themselves and luckily decided to consult with an attorney before finalizing them.

At our initial meeting, they explained to me that it was important to them that Jerry be able to remain living in the home even if Elaine predeceased him because it had now become his home too (although he was not on the title). Because Elaine had purchased the home with her funds and paid for most of it herself, they wanted to make sure that her children received it after Jerry’s death. Then they showed me Elaine’s Will that they prepared, and this is what it said:

Both Elaine and Jerry believed that this language meant that if Elaine died before Jerry, Jerry could live in the home and that upon his death, the home would pass to Elaine’s children. This is not the case. The terms of Elaine’s Will state that Jerry will become the owner of the home if he survives her. Period. Full stop. Jerry is the owner, which means when he dies, HIS Will dictates to whom the house will pass. If he has no Will, then the laws of intestacy will dictate to whom the house will pass. 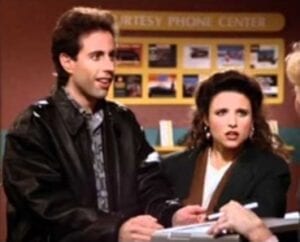 This is what came next:

Jerry could prepare his own Will that states if he owns the home when he dies, then the home should be distributed to Elaine’s children, but Jerry could also change his Will at any time. If he has a falling out with Elaine’s children after his death, he could decide to change his Will and not include them. If he finds another partner who moves into the home, he may want her to have ownership or he may be unduly influenced as he ages to change his Will to name someone else entirely. These are all risks that Elaine (and everyone) needs to consider when preparing an estate plan.

And unfortunately, this is not only a risk for people who have different contingent beneficiaries. Even the estate plans of a couple that has been married for their whole adult lives with the same children could face this issue. Many couples in this scenario will execute what I refer to as “I love you” Wills that give everything to each other, and then to their children. This usually works out just fine because the surviving spouse/parent also wants all of his or her assets to pass to the couple’s children. But the surviving spouse CAN change his or her Will after the passing of the predeceased spouse and disinherit the children.

One way to ensure that your contingent beneficiaries receive what you want them to receive is to execute a trust that provides lifetime benefits for the survivor but does not allow the survivor to change who the ultimate beneficiaries are. I am not advocating that everyone needs a very complex and expensive plan, but I do think it is very important that you understand ALL of the consequences of the plan you sign. A form is not going to be able to explain these consequences to you. Just use the services of a knowledgeable estate planning attorney for this very important document. It’s that easy.

If you have any questions regarding our services or need help with your will please call us at 860-669-1222, Contact us through our contact form or schedule an appointment today!

Another Reason To Put Your Property In a Trust
September 19, 2022
What Can We Help You Find?
Stay up to date on all our recent articles, events, and firm news!