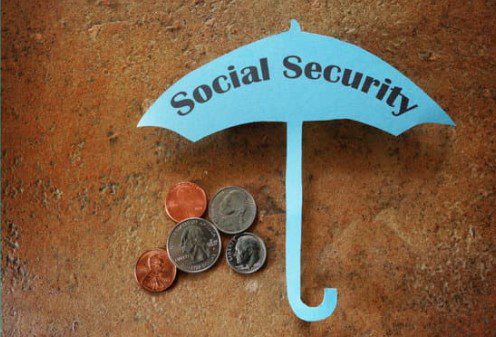 The year was 1983: The U.S. invaded Granada. A gallon of gas cost 96 cents. Michael Jackson’s ‘Thriller’ video premiered. That year was also the last time that Social Security recipients saw a cost-of-living increase steeper than the one just announced for 2022.

This year, Social Security benefits will increase by 5.9 percent, the sharpest upsurge since 1983’s 7.4 percent jump.

As Cost-Of-Living Increases, So Do Social Security Benefits

Cost-of-living increases are tied to the consumer price index, and rising inflation rates and gas prices caused by the ongoing coronavirus pandemic mean Social Security recipients will get a large boost in 2022.

The cost-of-living change also affects the maximum amount of earnings subject to the Social Security tax, which will grow from $142,800 to $147,000.

For 2022, the monthly federal Supplemental Security Income (SSI) payment standard will be $841 for an individual and $1,261 for a couple.

Part of the increase will be eaten up by higher Medicare Part B premiums, however. The standard monthly premium for Medicare Part B enrollees has not been announced yet, but it is projected to rise $10 a month to $158.30.

Most beneficiaries will be able to find out their specific cost-of-living adjustment online by logging on to my Social Security in December 2021. While you can still receive your increase notice by mail, you have the option to get the notice online instead.

For more on the 2022 Social Security benefit levels, click here.

Unfortunately, the fluctuations in Social Security don’t end there. The pandemic may have caused a temporary increase in social security benefits, but will ultimately lead to shortfalls sooner rather than later.

Related Post: When To Apply For Social Security Retirement Benefits By Age

Social Security retirement benefits are financed primarily through dedicated payroll taxes paid by workers and their employers, with employees and employers splitting the tax equally.

Employers pay 6.2 percent of an employee’s income into the Social Security system, and the employee kicks in the same. Self-employed individuals pay the entire 12.4 percent Social Security payroll tax. This money is put into a trust fund that is used to pay retiree benefits.

The trustees of the Social Security trust fund now predict that if Congress doesn’t take action, the fund’s balance will reach zero in 2033. The coronavirus pandemic has caused job losses, lowered wages and interest rates, and a drop in gross domestic product, which means payroll taxes declined.

Sadly, an increase in deaths of older Americans due to Covid helped to keep Social Security from losing as much money as some had feared.  The impact of the pandemic over the longer term is still unclear, and the trustees said they are making no long-range assumptions “given the unprecedented level of uncertainty.”

Once the fund runs out of money, it does not mean that benefits stop altogether. Instead, retirees’ benefits would be cut. According to the trustees’ projections, the fund’s income from payroll taxes would be sufficient to pay retirees 76 percent of their total benefit (or 78 percent if the Disability Insurance fund is included).

The Trustees recommend that Congress take immediate action to address the problem, but Social Security reform is not a top priority in Washington right now. Steps Congress could take to shore up Social Security include eliminating the cap on income subject to tax.

For more on what the trustee’s report means, click here.