The Real Diddy About Jack and Diane 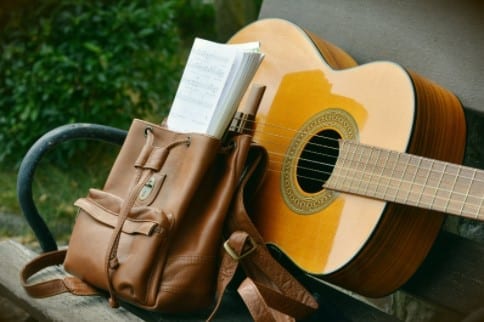 Who remembers Jack and Diane?

Those two crazy kids in love in John Cougar’s (before he admitted that his real last name was Mellencamp) 1980’s song, enjoying the carefree life of teenagers. Do you know what happened to Jack and Diane?

Here’s the real ditty about Jack and Diane (lawyers always have to be the bearer of the bad news). After a couple of summers hanging behind the Tasty Freeze, They grew apart, broke up, got married to other people, had kids of their own, started careers, got divorced, and found each other again thirty years later.

They’re not hanging out eating chili dogs anymore, they’re hardworking 50-somethings who have built up wealth and have raised five children between themselves. When Jack and Diane finally reconnected they were both well-established.

Jack had been working at the railroad for 25 years and built up a good pension, owned his own home, and had a nice nest egg.

Diane also owned her own home. Their kids were all grown and out of the houses, but they each still felt a strong desire to leave what they had built up to their children.

When they discussed marriage, they agreed that neither of them wanted or needed the other’s money, so they verbally agreed that they should keep their current Wills that left everything they each owned to their respective children. Makes sense, right? Of course!

Tragedy struck and Jackie passed away a year after the nuptials. When Diane went to see the probate lawyer, she was shocked to learn that she could fight Jack’s children and take one-half of Jack’s estate!

Jack and Diane’s verbal agreement would not mean anything in court and because Jack never re-did his Will after his marriage, the Probate Court would likely give 50% of Jack’s assets to Diane.

Diane considered her options and when Jack’s children learned of her meeting, a family battle began that caused a rift between Diane and Jack’s kids that never fully mended.

The moral of this ditty:

Whenever you get married, it is important to revisit and re-execute your Last Will and Testament…even if it is substantively the same! (And make sure you go to a decent lawyer.)

Don’t end up like Jack and Diane, and go see your Estate Planning attorney. (I warned you that it wasn’t going to be a good story, but at least you have a great song in your head now!)