Power of Attorney Vs. Conservator – A True Story!

Continuing our series about conservatorship guidelines in Connecticut, it’s important to touch base on whether you have any control over who the court appoints as your conservator and will it take into consideration your power of attorney agent.

So after a brief hiatus to stay safe during the pandemic, FALSE FACTS FRIDAY is back!

This month, there is a lot of buzz around the Netflix documentary about Britney Spears’ court battle over her conservatorship and trying to remove her father as her conservator. People who have watched the documentary and are following the #freebritney story probably think:

“IF I AM EVER CONSERVED BY A COURT, I HAVE NO CONTROL OVER WHO WILL SERVE AS MY CONSERVATOR.”

While Britney has not had success in removing her father as her conservator, there is something folks in Connecticut CAN do to ensure they are not in her situation. Her story reminded me of a client I assisted back in 2007. Here is his story, which helps to explain why this statement is FALSE.

Can Your Power of Attorney Serve As Your Conservator?

A True Story About The Probate Court Having The Final Say

Back in 2007, I was involved in a Conservatorship proceeding in a local Connecticut Probate Court. The judge decided against my argument. Although that is hard to admit, I do not say it with any sense of failure. The law and the facts were stacked against me. With one fact changed, however, it could have been a different outcome, which is why I feel the necessity to tell this story.

This story’s main character is Mr. Smith, an 85-year-old-man with dementia. Even before the onset of his incapacity, Mr. Smith is what most people would call a recluse, rarely socializing or leaving his modest (some might say dilapidated) cottage in northeastern Connecticut. He served his country in World War II and saved every penny he made. He took those pennies and started investing in stocks and real estate and over the years amassed himself a multi-million dollar estate. 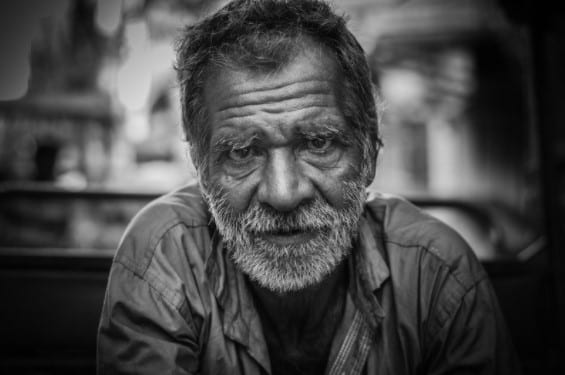 He executed a Will, stating that upon his death over 98% of his estate should be passed to charities dear to him, with the dilapidated cottage bequeathed to his dear friend, Mrs. Jones. He also executed a Statutory Short-Form Durable Power of Attorney, naming Mrs. Jones to serve as his agent for finances if there ever came a time that he could not do so himself.

{SIDE BAR} If you have met with me or follow our blog, you have heard me talk about Powers of Attorney. The primary reason that I advise every adult 18 and older to execute one is so your loved ones do not have to go through an expensive and painful court proceeding if you should become incapacitated (i.e., a conservatorship).

A Durable Power of Attorney allows the person you name as your agent to take care of your finances even if you become incapacitated and are determined incompetent by your physician or a court of law.

Back to Mr. Smith—in the spring of 2006, the Connecticut Department of Social Services (“DSS”) received a call from a neighbor of Mr. Smith’s who thought that Mr. Smith might need State assistance based on the dilapidated condition of his house. Around the same time, Mrs. Jones brought Mr. Smith to me to discuss his estate plan. At that meeting, I reviewed his current documents (the Will and Durable Power of Attorney).

Those documents were property executed and although the third important document (namely the Advance Health Care Directive) was not included in his estate plan, I determined that he did not have the legal capacity to execute such a document at that time. Mrs. Jones expressed similar concerns to that of Mr. Smith’s neighbor; not because of the state of his house, but because after knowing him for many years, she noticed, as I had, that his cognitive functions were failing. He was forgetting to take his medication and bathe himself regularly.

DSS Filed a Petition To Appoint a Conservator Of The Estate

Upon receiving the Petition from DSS, the Court appointed an attorney to represent Mr. Smith, which is required in a Conservatorship proceeding. The court-appointed attorney agreed that Mrs. Jones would be the best choice to serve as Mr. Smith’s Conservator of the Person (which means that she would take care of his personal needs, meet with him regularly and make sure he is healthy and happy).

But after the attorney discovered that Mr. Smith had a small fortune, he recommended to the Judge that a financial institution serves as Conservator of the Estate (i.e., take care of his finances), EVEN THOUGH MR. SMITH HAD APPOINTED MRS. JONES IN HIS VALIDLY-EXECUTED DURABLE POWER OF ATTORNEY (I’m sorry for shouting…this makes me angry.)

Remember when I said that the law was not in our favor? Here’s why: Under most circumstances, Connecticut law allows a Probate Court to appoint a different party to serve as Conservator of the Estate than the party named by the proposed conserved person in his or her Power of Attorney.

Mr. Smith never wanted institutional involvement in his financial or other affairs and by signing a Durable Power of Attorney, he took the steps that he thought would ensure that his friend would be able to serve as his agent if he ever got to the point of not being able to do it himself.

Regardless, the Court, in this case, determined that it would be in the best interest of Mr. Smith to have a financial institution (that charges over $30,000 per year) manage his funds.

How To Maintain Control Over Your Own Conservatorship Before You Need One!

So when is a Court not allowed to appoint a different party? One would think that showing the Court Mr. Smith’s Power of Attorney would be enough because that document shows his intent. But a Statutory Power of Attorney is not necessarily enough. You must also designate the person you want to serve as your conservator.

How do you do this? A Designation of Conservator, which can be included in your Power of Attorney document or a separate document. In either case, the document must be properly witnessed and notarized.

{SIDE BAR} For those of you who have executed a Power of Attorney with our firm, you have this designation; because Designation of Conservator is part of our standard documents.

TRUTH: If you have a validly-executed Designation of Conservator, then if and when you need to be conserved like Mr. Smith or Britney Spears, YOUR designated person will be appointed as your conservator and not someone else chosen by the Court.